The information below is from John's Defence Force Personnel Record, held by Archives NZ.

According to his History-Sheet, his occupation was Shepherd, last employed by Robert Murrell, last New Zealand address was Manapouri, his religion was Church of England, and his birth-date was 14 September 1886 at Lumsden.

His next of kin was listed as Mr Robert Murrell, Father, of Manapouri, Southland.

His Attestation was dated 7 March 1917, at Queenstown. His birth-place was Lumsden, on 14 September 1886. His parents are cited as Robert and Margaret Murrell, both resident in NZ from birth. His occupation is given as Shepherd, from Manapouri. He had passed the Fourth Educational Standard. He was not married.

His physical description is given as: 30 years 6 months, 5 foot 7¾ inches, 150lbs, chest measuring 35½ - 39 inches, Fair complexion, Blue eyes, Dark Brown hair. His vision and hearing were normal. He was classified Fit Class A.

There is no record of a 'Will'.

September 8 1918, John Robert was Killed in Action in the field. 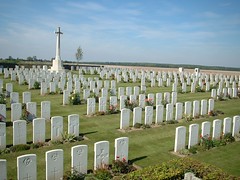 He appears to have been awarded the British War Medal (Red Chevrons) and the Victory Medal (Blue Chevrons).

This lists his service as 114 days in NZ, 355 in UK, 1 year 87 days in France/Belgium and 56 days at sea, says he was wounded 2 times, and has employment guaranteed on discharge by Murrell, Manapouri Lake.

John Robert sent this postcard home to "Nan" - his grandmother. It is dated 16 March 1918, and reads "Dear Nan, Just to let you see how much like a soldier I look. Have just returned from a trip to Birmingham. It is some city but the drink traffic is its curse. Had a good time. Hope you and familty are well. From yrs sincerely Jack R. Murrell 59216" The image-side of the postcard has the studio portrait of John Robert shown above. 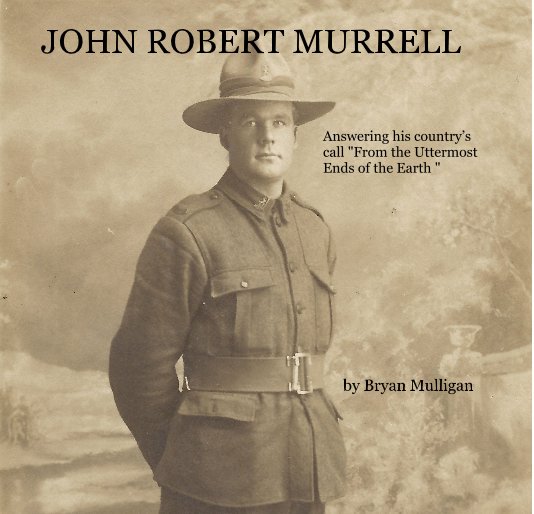 Buy your own copy of our commemorative booklet about John Robert